I would like to thank Emily and Melody for allowing me to relieve a painful and bitter sweet summer memory.

This particular memory occurred quite a few years ago, but it still makes me cringe every time I think about it.

My best friend and I had earned some extra money working in my dad’s warehouse.  We did this a couple times per summer and it paid a lot; 10 whole dollars a day.  That was a lot for a couple of 12 years.  We decided to put our money together to revive my friend’s old fish tank.  But, we were way to mature for fish.  This time we were going to construct an terrarium with frogs, snakes and lizards.

Her mother had stored her old aquarium in the attic and we decided to go look for it.  The attic was on the second floor or her house.  It wasn’t a finished attic, but it looked safe enough.  It had exposed beams that criss-crossed to make a floor and exposed insulation.  I knew not to walk on the insulation.  Plywood covered half the floor and several boxes were stacked along the walls on the plywood.  It was August in Houston, Texas, hot and sticky.  We wanted to get out of there as soon as possible.

“You look over there in the corner,” I looked in the direction my friend said and spotted it.  Way in the back.

Only a couple of boxes were in my path.  I stepped on a beam and moved the boxes blocking my way.  I took another step and then another and then

I fell through the floor.

Now, I don’t remember falling and I don’t remember landing.  I remember hearing the crash, but the next thing I saw was my friends face looking down at me through the hole in the ceiling.  Her head looked so small and at that point we were both kind of confused.  Then it registered to us at the same time what had happened.  She started screaming, I started crying and then the pain hit.

My best friends mom came out to see what all the noise was and she sees me lying on the concrete floor.  She starts screams.  But, not at me. No, she is screaming at her daughter whose’s head is still sticking out the hole in the ceiling.  “What the hell are you doing up there?” her mom said.

Thankfully she had the phone in her hand.  She called 911 while now yelling at us both.  “I told you I would get the damn thing?” “Why don’t you ever listen?” “You could have killed yourself.”

She was right.  I had fallen between a patio table with a glass top  and a bar b que pitt.  If I had been off just 6 inches either way, I would have been hurt even more or worse.  So, I guess you can say I was lucky.

I ended up breaking my back bone in three pieces.  My doctor said I fell perfectly. I liked that.  I felt pretty blessed.

Now the bitter sweet part, I had to spend the rest of the summer in bed.  But, I watched movies, read books,  and annoyed my mother to entertain me when I was bored.  Oh yeah, and I got to keep the terrarium in my room for the summer.

Now, did this really happen?  Come back on Wednesday and read another summer memory and let me know which one you think is true.

One week off the A to Z Challenge and I found myself with no more structure and to many ideas in my head.  I thought I would give you my quick hits for the week and then start fresh next week with my new blogging  – – – –

* I will try this schedule for the rest of May.  With JuNoWriMo starting next month, it is bound to change.  Bear with me, I am still new to the blogging/writing life.

They are doing a lot of construction near our building.  All the little critters are looking for new homes and Mr. King Cobra thought the men’s bathroom at the Academy would be a perfect summer home.

But, I learned something this week.  How the Chinese get rid of snakes? According to my staff, there are several options:

A couple days after the first and second snake sighting, one of our clients was leaving the Academy and saw the snake on the cart path behind the building.  Now, everyone has declared the snake gone. What? Apparently, they are assured that it is the same one.

Still not using the bathroom in this place.

Yesterday was “Star Wars Day”.  I have been a huge fan for years and never knew there was a “Star Wars Day”.  “May the 4th be with you!” Get it. How did I celebrate?  I watch Episode IV. I typically share any and all Star Wars references I see.  So, every day could be “Star Wars Day” in my world. 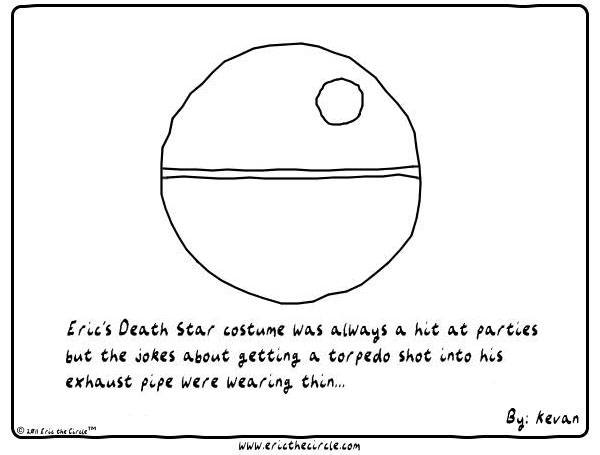 Finally, I wanted start sharing blogs that I love and subscribe to.  I can’t wait for their posts to hit my in box every day.  I hope you enjoy them, too.