No big surprise, I am a sports fan and I have talked about my sports crush here, and here. A small mention here and here, and even here.  So, Mr. Aikman has been covered on sydneyaaliyah.com.

But, I guess I could pick another crush in order to support my friend Kyra Lennon on the release of the 2nd edition of Game One and the new covers for the series. As someone who appreciates the romance surrounding the world of sports, I was excited for this Bloghop. First, Bloghop Rules! 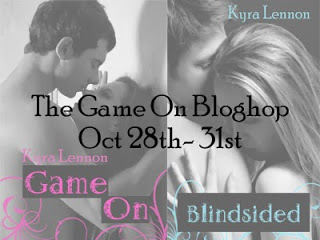 The Game On Series is centered around a soccer team in the U.S, and those of you who have already read the books will know the hottie of the series is Radleigh McCoy. Between October 28th and October 31st, I want to hear from you about your sporting crushes!

Does David Beckham do it for you? What about swimming sensations Michael Phelps or Rebecca Adlington? When did you first notice your sporting crush, and what do you like best about them? Have you ever been lucky enough to see them in action? Please keep posts to a maximum of 500 words.

Another one of my sport crushes:

I love his North Carolina accent and his laid back personality. I love that he loves Jay Z and Elvis Presley, equally. Check him out in Jay Z’s, Show Me What you Got Video.

I never meet Dale, Jr., but my mother did. She went to a banquet where he was honoring her boss along with some other important people.  I was supposed to go, but couldn’t get out of a work trip.  He signed an autograph for me, though. It said, “Hey Syd., Can’t believe you’re not here. Next time. Dale, Jr.” – SWOON!!!!

Now it’s your turn, tell me about your sports crush?