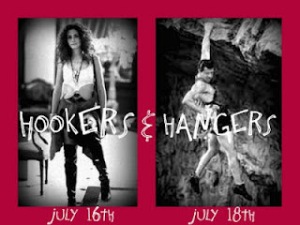 The ladies over at Falling for Fiction have created the Hookers & Hangers Blogfest.  What a great idea?  I know I said I wasn’t going to look at my WIP until September, but I thought this would be a fun exercise and a great learning experience.

So, here it goes. Some choice 1st lines from chapters of my novel – I’m Coming Home.

What an eye opener.  These need a lot of work.  I would appreciate any suggestions.  Click on the badge to read other writer’s Hookers.  And, come back on Wednesday to see my Hangers.