I had the pleasure of knocking Paris off my bucket list about 12 (oh wow) years ago. It was so long ago; I think it’s time to put it back on the list. While the regions of France have so much to offer a traveler, on my next trip, I want to explore more of the communes of Paris, as well as the Parisian Coast.

I love photographing my world. I take a picture randomly of a tree or a sunset and capture it on my phone to share on Instagram or Twitter. I believe Albert Khan (a French banker and philanthropist who lived in Paris in the early 1900s) would have loved social media. He created the Archives of the Planet, a photographic endeavor where he wished to document buildings and cultures. He would travel around with his chauffeur and photographer and document the world. He even commissioned and sent out photographers to every continent to record images and film of the planet.

Albert-Kahn Musee et Jardin houses these photos and films in Boulogne-Billancourt, France. During a winter month, I can’t think of a better way to fill the day than by looking at images of our world. 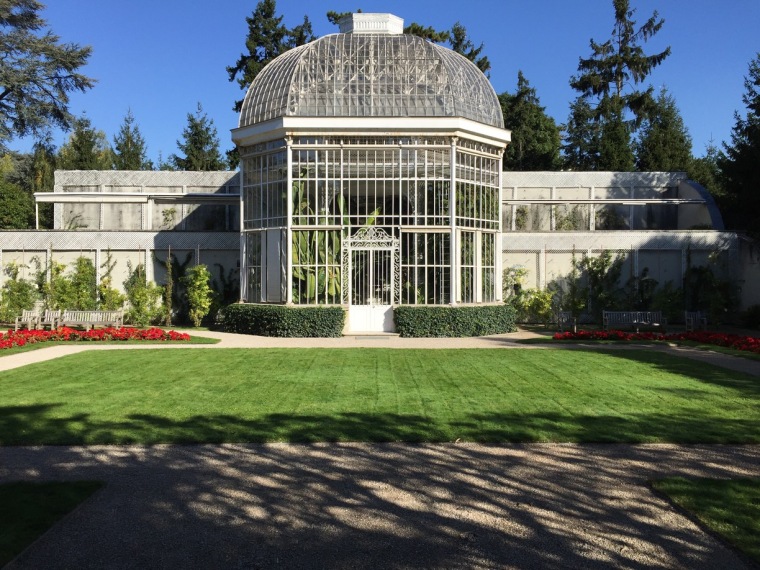 Image via Trover.com by Manuel Villanueva

Chessy, France is in eastern Paris. The city isn’t much these days; oh, except for being the site of the Disneyland Paris Amusement Park. Even the cool temperatures in February shouldn’t stop you from visiting the happiest place on earth … in France.

The park offers many new experiences for the family during this time of year. It’s open for the Half Term in February, but the winter temperatures keep the crowds away. It is an ideal time to visit the Magic Kingdom to avoid the lines and the usual chaos of the amusement park. I’m ready to dress for the occasion, and after the first ride and a photo-op with Mickey, I’m sure I won’t notice the temperature. 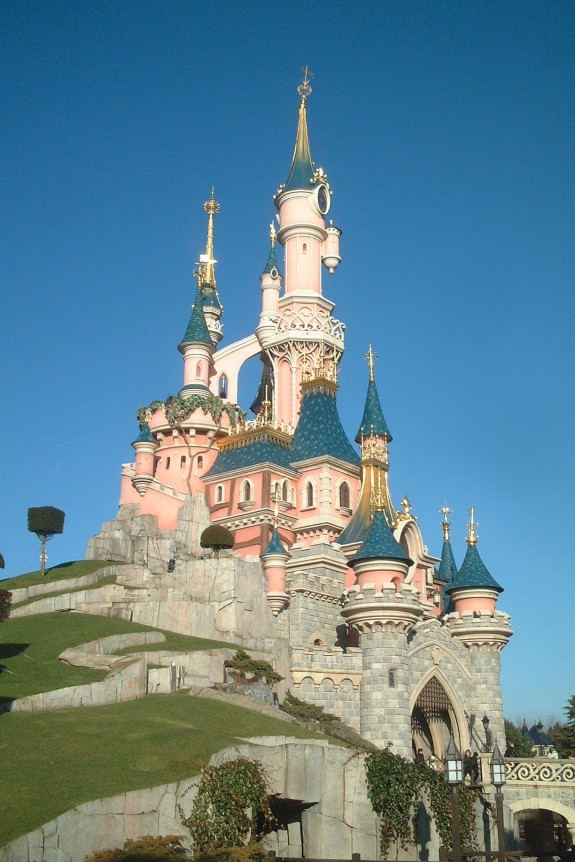 Image via Trover.com by Snappy David

Courbevoie, Frances is the densest populated region of France. It’s situated in the business district and houses tall buildings, great hotels, and is an amazing shopping district. Furthermore, it has my favorite place on earth, the Eiffel Tower. Chances are the top floor observation deck will be closed in February, and if open, it won’t be the best view. However, I’m going to visit anyway. You will avoid long lines during this time of year and the structure itself is impressive enough. Take the stairs instead of the elevator. You will warm right up. Plus the tower has four restaurants, so grab a seat and enjoy a meal in the most iconic landmark in the world. 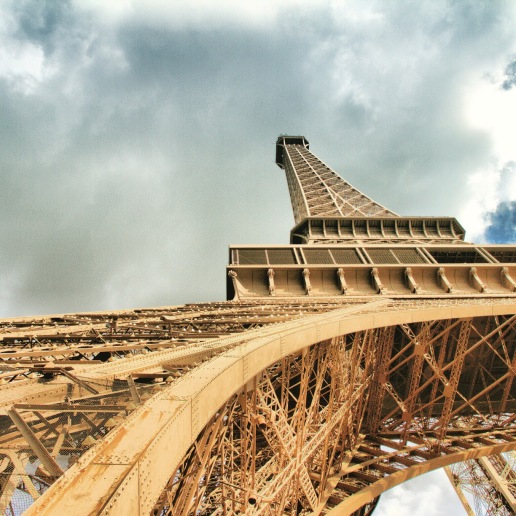 Photo via Trover.com by Noe Correia

Avignon, France is in southern France, but not quite next to the Mediterranean Sea. It is a city steeped in rich history, especially Catholic history. The commune housed the original residency of the Pope back in the 1300s. You could spend days exploring the Palais des Papes (Pope’s Palace). It is the most impressive example of Gothic architecture in Europe. I can imagine spending a day by soaking up the rich — and at times — tumultuous history of Catholicism during this period. 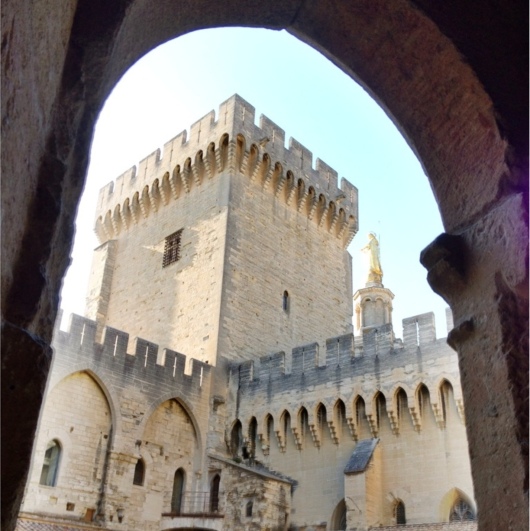 Image via Trover.com by Marta Logan

The art fan in me would love to visit Antibes, France, located further down south on the Mediterranean coast. It is a beautiful coastal town. Many artists and writers used Antibes as a retreat in the late 1800s and early 1900s. It houses a Picasso museum, which holds some of his beautiful, albeit confusing, works of landscapes from the time he called this French commune his home. It also houses the Absinthe museum. This infamous drink has a crazy history, and I would love to explore it and maybe have a taste. 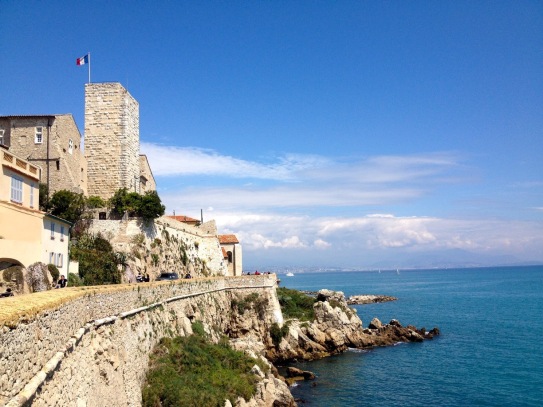 Image via Trover.com by Michelle DuQuette

Have you been to any of these cities? What’s on your travel bucket list? 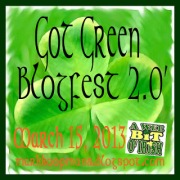 I would like to think Mark Koopmans for making me relive this most painful memory. I will be brave for the sake of the blogfest.

When I was a little African American girl, I found this photo of a women sitting on her porch with the Irish flag framed and hung on the wall behind her.  On the back of the photos was written the words Emma Pearl Pierce 1945.  The women in the photo looked old and it was a grainy black and and white photos, but there was no mistaking it. Here was proof. I had an Irish great grand mother.  How cool is that?

I took the photo to school for show and tell and told everyone about my great grand mother Emma.  I had created this elaborate story (big surprise) about how she was born in Ireland and because of the potato famine* her family fled Ireland and settled in Virginia and then 60 some odd years later, I was born. I was so proud.  *I might have had the dates a little confused considering the Potato Famine occurred in 1845.

Now, there were some disbelievers (again, big surprise), especially Kathleen Flanagan, my best friend.  She had red hair and freckles and she was not ready to welcome me into her proud Irish clan.

I remember she called me a fibber (bad word, we were 7) and pulled my hair, which was certainly not red.

But, I, as a proud Irish women stood up for myself and my nationality and declared over and over again, I AM BLACK IRISH!

It turns out I am not Black Irish.  The photos was of my great grandmother, but because of the quality of the photos, it made her look lighter.  And the flag in the back, wasn’t an Irish flag. It was a french flag my great grandfather brought back from France.

Needless to say, I was crushed. I was just a regular little black girl from Texas.  I was so disappointed.

How about your? You have any good Irish stories?

They would look the same in a black and white photo.