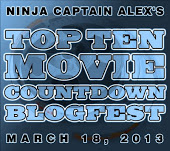 It is time, once again, for another legendary blogfest from our Ninja Captain Alex. This time it is all about my favorite subject, movies.  But, to pick only ten. Wow, only ten.  Can I possible narrow my list down to ten? Let me give it a try.

#7 – Gladiator (2000) – “My name is Maximus Decimus Meridius, commander of the Armies of the North, General of the Felix Legions and loyal servant to the TRUE emperor, Marcus Aurelius. Father to a murdered son, husband to a murdered wife. And I will have my vengeance, in this life or the next.”

#5 – The Bourne Identity (2002) – “I can tell you the license plate numbers of all six cars outside. I can tell you that our waitress is left-handed and the guy sitting up at the counter weighs two hundred fifteen pounds and knows how to handle himself. I know the best place to look for a gun is the cab or the gray truck outside, and at this altitude, I can run flat out for a half mile before my hands start shaking. Now why would I know that? How can I know that and not know who I am?”

#2 – Transformers (2007) – “We live among its people now, hiding in plain sight, but watching over them in secret, waiting, protecting. I have witnessed their capacity for courage, and though we are worlds apart, like us, there’s more to them than meets the eye. I am Optimus Prime, and I send this message to any surviving Autobots taking refuge among the stars. We are here. We are waiting.”

#1 – The Avengers (2012) – “Let’s do the head count here.  Your brother, the demigod; the super soldier, living legend who kind of lives up to the legend; a man with breathtaking anger management issues; a couple of master assassins and you, big fellow, you’ve manage to piss off every single one of them.” 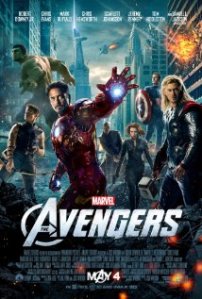