Sydney is awesome – she graciously volunteered to host me for my extra long Pop Travel Blog Tour! Can’t believe it’s already into month six!! And congrats, Sydney, on winning the Nano challenge! Bravo!

Today, I’m going to talk about research. I love research! Of course, hands on research would be fantastic, especially for travel. But, the internet is a most useful tool.

Why research? Well, we want many people to read our books and it’s important that we have our facts straight or we won’t be credible authors. It’s also important to have plausibility in fiction, especially science fiction. Even though we make up stuff, it has to be believable to make it a good story, unless it’s fantasy. Fantasy is pretty much anything imaginable!

Here are some of the things I researched for Pop Travel…

Setting – the action takes place in several locations all over Georgia, starting in a small town, to downtown Atlanta, to a refurbished plantation. The plantations were a lot of fun to dig into – historic, majestic, mysterious! The characters also pop across the world to India and Australia. I had to research all these locations to make sure the readers felt like they were there and could picture the scenes, whether they had been there or not.

Sources – my research sources included many internet sites, and maps, like the Atlanta airport website, and my neighbor who happens to be from Mumbai, India.

Technology – I also had to research the science behind some of the futuristic gadgets I wanted my characters to have. Like pop travel teleportation itself. There’s a squeak of a chance it might work someday, versus the many studies that say it can’t, so possible is plausible. And the Quarknet may be close to reality to replace the internet as a faster and more efficient way to transmit data. There’s more, but I don’t want to bore you with the details!

Finally, one of the most fun items I researched was Geri’s clothes! She wears a killer purple gown to a party, then swaps it for a more comfortable outfit over in India. I did some more research for the next book for her go-to spywear with protective lining. Just so fun to imagine!

There are so many things that come up that require some digging. We have to put in the effort if we want our stories to be great. You all know what I mean!

Do you have any interesting research you’ve had to do? Or advice? I’d love to hear it!

And thanks again, Sydney, for giving me this opportunity to talk to your readers!

Now, here are some details for Pop Travel.

A tale of deception and teleportation.

When a distraught client enters J.L. Cooper’s small town detective agency, ranting about a pop travel teleportation cover up, Cooper takes the case. He blames the pop travel craze for his wife’s death and would love to expose a glitch in it.

But the glitch turns out to be disintegrating travelers. And now, his client is dead, his secretary is missing, and a hitman is stalking him. Plus there’s all the webcams watching his every move. Cooper must find a way to expose the deadly flaw, while using pop travel to escape the maniacs covering it up, not to mention save a couple of tag-alongs he’s not sure he can trust. No problem. 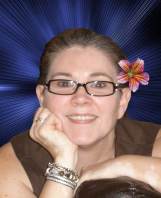 After having a hand in everything from waitressing to teaching math to rocket engineering, Tara Tyler now writes and teaches in Ohio with her three active boys and Coach Husband. In addition to her novels, she has published short stories and poetry in Science Fiction, Fantasy, Thriller, and Humor. So many stories to tell!