Visiting Spain is a new addition to my bucket list. I recently learned more about the rich history and cultural significance of the country when I worked with a woman whose family is from Spain.  I’ll admit that it was over a margarita and food that I fell in love with Spain, and my trip to Spain will be a culinary exploration.

San Sebastián, Spain, is the second largest city in Spain. It is a food mecca. It boasts more Michelin Stars per capita than any other place in the world. For those of you who don’t know, winning a Michelin Star is like winning an Oscar in the culinary world. San Sebastián is a beach town, and the restaurants use the local seafood to create the popular tapas style of dining. Because San Sebastián’s people are social and love tourists, the tapas service, which includes small plates meant for sharing, encourages people to enjoy their company as well as the food. 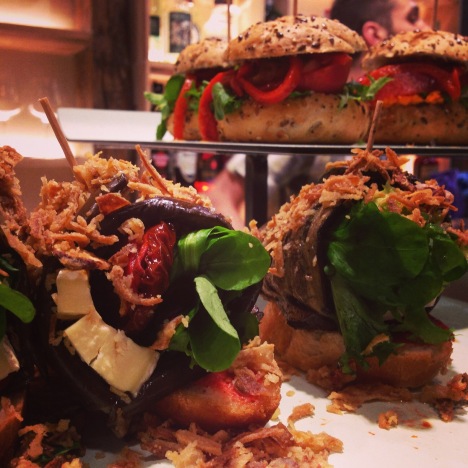 Image provided by Erin via Trover.com

I love the cities that embrace the old traditions along with the new and modern. Calvia, Spain, has the best of both worlds. It is a beach town as well, but unlike San Sebastián, it has a thriving business district. Calvia is the melting pot of Spain. Its residents come from all over Spain and the world. Mallorca cuisine is popular in this region of Spain.  Mallorca consist of the finest-quality meats and fish, all locally sourced. With its generous portions of garlic and olive oil, the Italian influences are evident in Mallorca cuisine.

Part of the Canary Islands, Mogan, Spain, is an upscale but relaxed and laid-back region of Spain. It is a popular holiday spot for Spaniards and Europeans. Its culinary focus is all over the map to accommodate the many visitors from all over world. Mogan is also a thriving fishing village. It supplies seafood for the entire island and for other areas of Spain as well. I’m up for anything that comes from the sea, and I can’t wait to try the oceanic fare the city has to offer.

Arona, Spain, is another island in the Canary Islands. It’s a culinary anomaly. It’s known for its rustic, family-style cuisine. With many of its inhabitants originating from India and East Asia, Arona has some of the best authentic Indian food outside of Mumbai. Traditional Indian dishes often incorporate seafood, creating amazing food that offers the best of both cultures.

Ibiza, Spain, is an island off the coast of Spain in the Mediterranean Sea.  It boasts seafood dishes that are traditional to the island, but the dishes have spread across all of Spain. Fish hot pot is a hearty, rustic meal that includes fish, seafood, and vegetables, all cooked at the table in a thick stock and eaten right from the pot.  Seafood paella is an Ibiza staple featuring rice in a tomato-based sauce with fresh shrimp and shellfish. I also want to try a dessert called Flao that has many versions all over Spain but originated in Ibiza. It is a circular-shaped dough or bread filled with sheep or goat cottage cheese and anise, served hot.