I’m not above booking a vacation focused on food, since that would take care of two items on my bucket list in one blow. There’s nothing like going somewhere new and tasting the local specialties. That’s why you have to partake in the local claim to fame, Kobe beef, when you visit Japan’s Hyogo Prefecture. Kobe isn’t just about the beef, though. 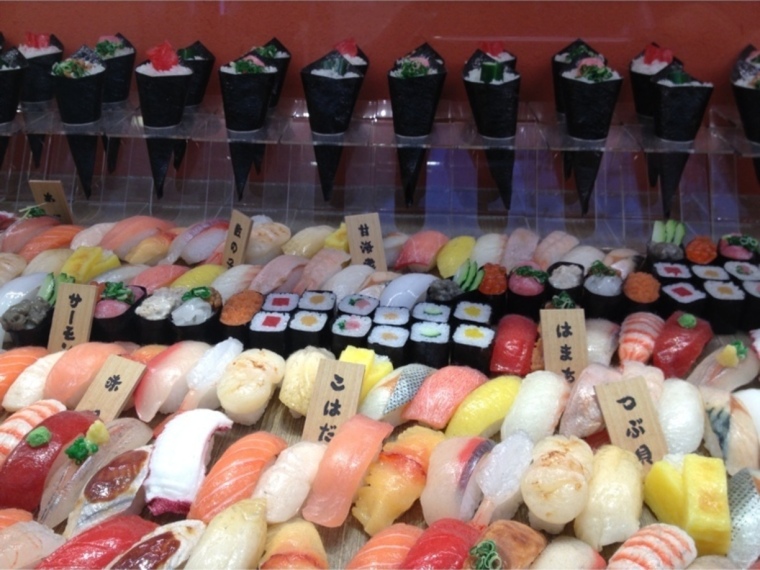 Image by Taiichi Sugimoto via Trover.com

I’ve discovered that hotels have some of the best dining options in a new city, at least in Europe and Asia. In Kobe, staying at a noted hotel like the ANA Crowne Plaza Kobe is ideal for overwhelmed culinary travelers. Located across the footbridge from Shin-Kobe Rail Station, the hotel sits amidst colorful foliage and the hiking trails of the Rokko Mountains. The hotel houses seven restaurants, giving you the opportunity to sample a variety of cuisines all in one place.

Most modern cities who welcome foreigners have at least one American dining option. For new travelers, it might seem crazy to eat food you can get at home and waste an opportunity to partake in the local culture. Seasoned travelers understand that a little slice of home can go a long way, though. At Nailey’s Grill in Kobe, crowds line up for the exceptional burgers and nachos. This spot is also known for its salads.

Image by Restu Lestari via Trover.com

Unsurprisingly, you’ll find a lot of Chinese influence in Japan. Located in the center of the city, Kobe’s Chinatown is one of three named Chinatown districts in Japan. Centuries ago, Chinese merchants settled near the busy port of Kobe, and Nankinmachi was born. Over the years, Kobe’s Chinese cuisine has evolved, but you can find steamed buns, dim sum, dumplings, and specialties from most regions of China here.

French culture is popular throughout Japan, and top French chefs like Joel Robuchon and Pierre Gagnaire have restaurants in Japan. As a result, some Japanese chefs have taken classic French cuisine and given it their own unique twist. In Kobe, Tatsuya Kishimoto opened Au Bec Fan. Here you can find beef bourguignon, crème brûlée, and other classic French dishes, but with a Japanese spin.

Image by Yuh via Trover.com

I’ve had Kobe beef in China, and it’s unbelievable. I imagine that trying this famous dish in the spot where it was first created will be quite a different experience, though. The manufacturing standards for this type of beef are strictly enforced, and not every type of beef can be Kobe beef. Most local establishments have a Kobe beef option on the menu, but some restaurants serve nothing but this delicate meat. Ask your hotel to recommend the best place to enjoy Kobe beef on your budget.

Kobe is a beautiful city with great food. Take the three-hour bullet train from Tokyo or the 15-minute train ride from Osaka, and experience the city’s cuisine in all it forms. Try it all, including the beef.