I love it when authors give you glimpse into the future of some of your favorite characters. Rook & Ronin’s story was sweet, sad, sexy, tragic, and beautiful. And, now they have kids? SMH Can’t wait. – Sydney Aaliyah Michelle 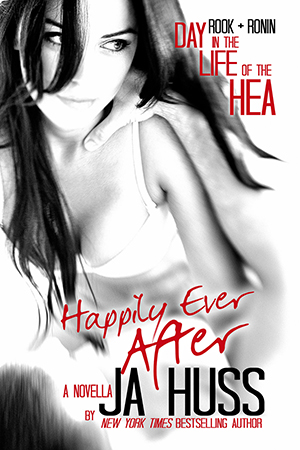 Life in Rook & Ronin’s world has been bliss for fifteen years. Rook, Veronica, and Ashleigh are still BFF’s raising their kids together. Ronin, Spencer, and Ford have managed to go legit and stay out of trouble. And they have a pack of kids running around the eight thousand square foot Vail mansion they all share for the holidays—begging for gifts, and fun, and love.

But every HEA has problems.

Five is fifteen and getting ready to go off to college. He’s put it off as long as he could in order to stay close to Princess Shrike, but his stay of execution is over and in three weeks he’s off to Oxford. But Five can’t leave until he gets the only thing he’s ever wanted. The heart of his Princess.

Ford and Ashleigh never had any more children after Five. And now that Kate is sixteen, Ashleigh is out of her head with desire for just one more chance to have a baby in the house.

Rook and Ronin have two beautiful daughters, but Sparrow is growing up too. And she just got a job offer that has Ronin crazed with paternal worry.

And Spencer is the father of a fifteen-year-old princess who looks way too much like her Bombshell mother for his comfort level.

Join the whole Rook & Ronin gang for a Team Christmas you will never forget.

There are SEVEN BOOKS in the Rook & Ronin series before this one. This is not a standalone. Rook & Ronin Series & Spinoffs

SALE ALERT: The first three books in the Rook and Ronin series are on sale for only 99 cents until Christmas. Get it here:
AMAZON | B&N | KOBO 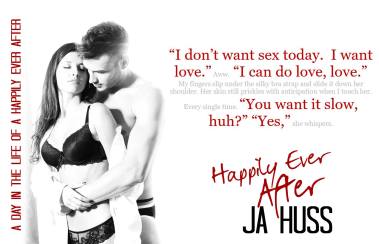 HAPPILY EVER AFTER
AMAZON | B&N 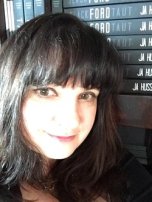 JA Huss is the New York Times and USA Today bestselling author of more than twenty romances. She likes stories about family, loyalty, and extraordinary characters who struggle with basic human emotions while dealing with bigger than life problems. JA loves writing heroes who make you swoon, heroines who makes you jealous, and the perfect Happily Ever After ending.

If you’re interested in getting your hands on an advanced release copy of her upcoming books, sneak peek teasers, or information on her upcoming personal appearances, you can join her newsletter list and get those details delivered right to your inbox.