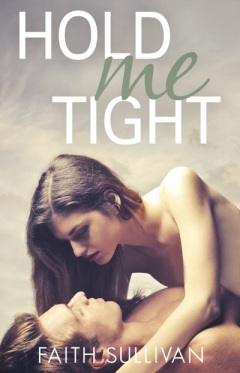 Ivy’s heart shatters upon hearing Eric’s crushing ultimatum. Despite how much she cares for him, she won’t give in to his demands. She has no choice but to leave, even if it’s the hardest thing she’s ever had to do.

When Ivy walks out, Eric can’t help feeling betrayed. Unwilling to put her at risk, he values her safety above all else. By refusing to compromise, he’s blindsided when she moves in with a man who’s already stolen so much from him.

I love you. You love me not.

Lauren sees Eric and Ivy’s split as an opportunity to end their relationship once and for all. When Ivy places herself at the mercy of Eric’s rival, Lauren plots to destroy the fragile tie binding them together, even if she endangers Ivy’s life in the process.

What readers are saying about HOLD ME TIGHT:

“Seriously – I’m considering sending Faith Sullivan an email every week until the next book is released. I need to know what happens!”
– Elnora Romness

“I’m really hoping Eric and Ivy can find a way to work things out, and that fate will give them a bit of a break—but if there’s one thing this series has proved to me, it’s that Faith Sullivan’s books will take us to places unexpected and impossible to predict.”
– Stephanie Parent

“Faith Sullivan is so good at keeping me guessing and making me eagerly anticipate this book. Looking forward to see what’s in store for Ivy and Eric.”
– Kelly Hashway

“I so totally love Faith’s books. Honestly, it’s such a treat to nab them up and enjoy them.”
– Meradeth Houston

“I really can’t wait to read the conclusion to this series…I think it’s going to be even better than the first two books!”
– Kelli Nash 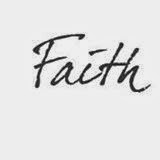 Faith Sullivan is an author of New Adult contemporary romances including the HEARTBEAT trilogy, the TAKE ME NOW series and the 9/11 novel, UNEXPECTED.

2 thoughts on “Cover Reveal – Hold Me Tight by Faith Sullivan”